The True Test of Strength

Isn’t it funny how obsessed people are when it comes to being strong? If the truth be told, a lot of people do not even care if they really are strong or not. They just want to be known as a strong person. For most people, being known as a strong person is something to be proud of. On the other hand, if they are perceived as weak, they take it as an insult. For them, being weak meant being meek and unsuccessful. Of course, nobody wants that.

The Strong Man is the Unfeeling Man

Oftentimes, proving their strength meant being emotionally untouchable. This is the point where people mask their true emotions and their true intentions because they do not want to be perceived as a weak individual. The preoccupation with strength has somehow forced people to hide their true selves. People nowadays are more guarded. They do not want to put their walls down because that would make them vulnerable. And if you are vulnerable, you will easily get defeated by your enemies. One of the main problems here is the perception that everyone else is your enemy and that their sole purpose is to compete with you and bring you down.

All for the Competition

A society where people look at everyone else as a competition is a society where relationships are devoid of faith, love, and trust. It is a direct reflection of a society that has lost its faith in humanity, offers love to the people around them but only at a superficial level, and has lost its trust in the word of God.

When people allow their true feelings to show, they get mocked for being too showy and too emotional. This judgment gets worse as people age. Older people are expected to be more capable of hiding their emotions. Even if they get hurt, sad, or disappointed, they would be scorned if they allow themselves to be vulnerable to these emotions.

Why People Get Depressed

The sad thing about being forced to hide your emotions is that it creeps back unexpectedly. You try to hide your emotions and you were so good at lying to yourself and to the people around you that you thought your wounds have healed. Until one day, you realize that you were as lost and as broken as you were before. Once that realization hits, your world would start crumbling down. For some, it would even trigger their anxiety and depression.


This leaves us with the question, is it really necessary to hide your pain and your suffering? Is it really necessary to keep your emotions under control because it is what society dictates of people? The simple answer is no. If you are sad, broken, or in grief, the only way to get through the pain is not to suppress it, but to allow yourself to heal over time. Feel the pain, do not run away from it. It’s okay to be vulnerable for the people you love because Jesus, too, allowed himself to be vulnerable for us. Remember that strength is not the absence of emotions. It is not measured by how high you were able to build the walls around you. Genuine strength comes from our resilience and our resolve to live our lives to the fullest regardless of the difficulties we may encounter in life.

Remember that strength is not the absence of emotions

Feel Free To Comment Your Thoughts About This Article 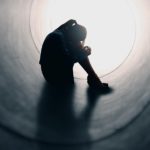 The True Test of Strength